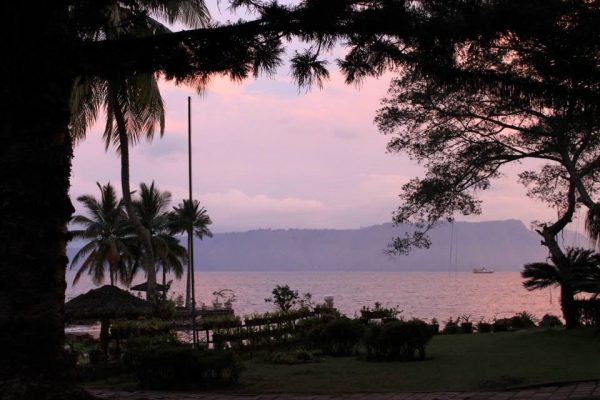 Traveling to Sumatra, Indonesia, is like slowly pulling a veil off a hidden treasure.There you can find raw and beautiful nature, landscape and wildlife. 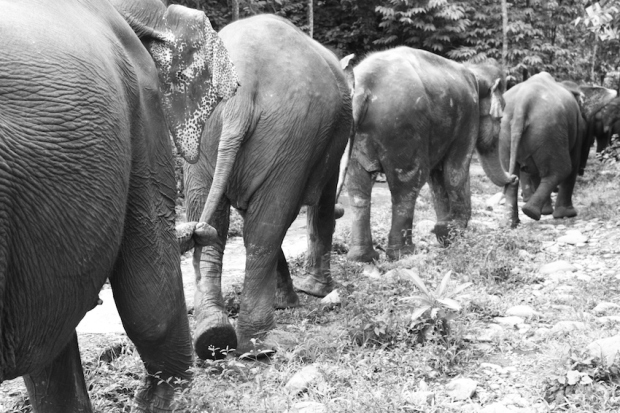 Lemurs, beaches and villages ahead on this photographic journey through Madagascar

The island of Madagascar is rich in wildlife and natural beauty. Images of this tranquil destination will remain in your mind long after your visit.

Source: Travel in Madagascar, A Jewel of an Island – Go Island Travel 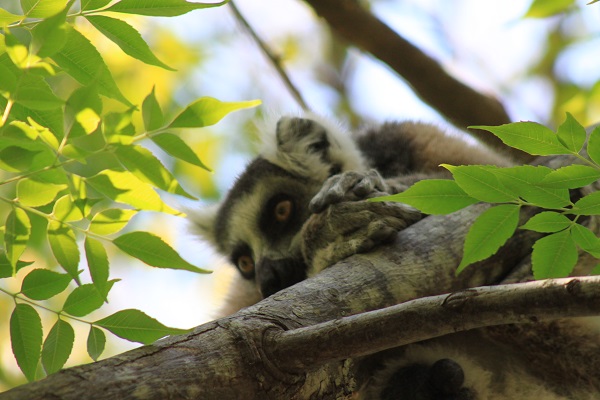 When people think about Madagascar, they think about cute lemurs and huge baobabs. They imagine an exotic land where tourists feed themselves lavishly on papaya and pineapple for breakfast and treat themselves to coco rum as the sun goes down. They imagine green forests and hidden waterfalls. And they certainly cannot pronounce the name of its capital: Antananarivo.

All of this rhymes indeed with Madagascar. But there is so much more to find there. Here is a crash-course into Madagascar and why it left an indelible mark on me.

Madagascar is the world fourth biggest island and is located in the Indian Ocean off the African South-East coast, at Mozambique level. Its separation from the continent makes it truly unique: because of its isolated position, close to Africa yet surprisingly Asian in many respects, Madagascar is home to species that have developed there and nowhere else in the world. In spite of its abundant diversity, Madagascar is one of the poorest countries on the Planet. Having suffered 90% deforestation, it struggles to preserve its unique wildlife on the one hand and feed its population and provide them with essential resources on the other. It is a challenged land. It is often the doom of beautiful countries to be also needy.

Cherry on the top, the country does not exactly receive support from its government and corruption is the true currency, much stronger than the Malagasy ariary that make you a millionaire when you convert them from dollar or euro. Because of instability, poverty, poor governance and everything that can go wrong in a God forsaken country, Madagascar tends to be less appealing to the ill-informed tourists.

With no reported traffic lights or street names, Tana (short and affectionate for Antananarivo) could give headaches even to a GPS. A European driver would have to navigate on a sea of hens, zebus (local cows), and humans who constantly feel the urge to cross from one side of what we shall call the “road” to the other, which to me looks more like a suicidal desire than anything else. Yes, Tana is the human jungle.

However, have no fear: Madagascar is an amazingly beautiful place, the sole possessor of some of the world’s one-of-a-kind treasures, a country of farmers and hard-working people. If you love nature, discovery, a  bit of adventure, if the taste of dust does not frighten you and if you hunger for new, extraordinary experiences, Madagascar can hardly disappoint. 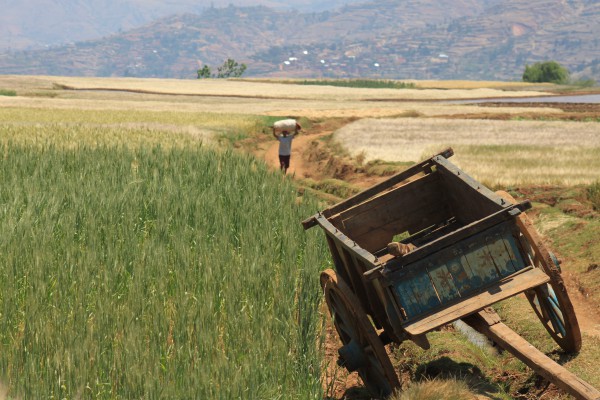 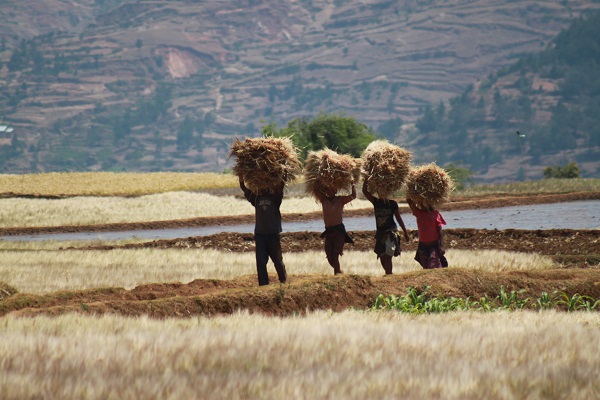 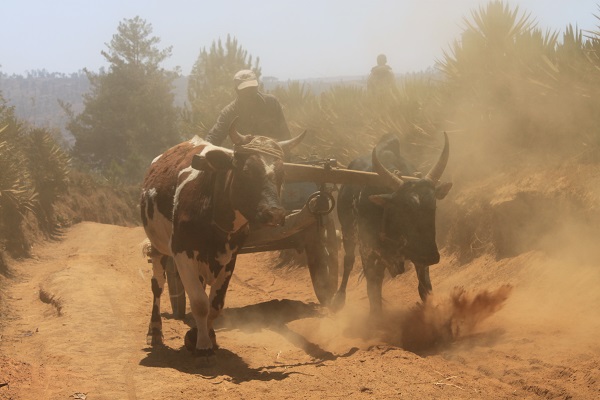 What Madagascar desperately needs is tourism and jobs. With tourism, jobs opportunities are created. Most of the restaurants and hotel owners are still French people, but they do employ locals. An increased awareness that tourism brings in money will hopefully also educate people more on the reforestation programmes that have reportedly started throughout the island.

The reality as I see it is rather simple: no lemur, no tourism. Which means there is no other choice but to battle to keep these species alive (90% of the lemurs – which can only be found in Madagascar and some neighbouring islands –  are estimated to vanish forever if urgent action is not taken, aka start planting those bloody trees). Madagascar simply cannot afford to lose this tourism opportunity. Its people depend on it. Hopefully, again, this will also become a governance priority with traceable results. Right now, the country seems to be more kept afloat by the support of dedicated NGOs which, as I imagine, have not only the hard task of righting the wrong, but also fighting the authorities on the way. 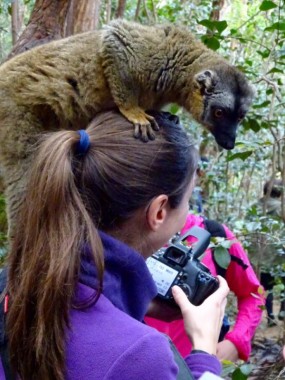 I have seen some of the most beautiful faces in Madagascar (the Malagasy are an interesting mix of Asian and African genes), trekked canyons and changing landscapes, bathed in crystal blue waterfalls, watched spectacular sunsets, tasted zebu in all its cooked forms, held hands with the locals while dancing by the camp fire, woken up to tens of sparkling rice terraces, went through dust and burning sun and took comfort on the beach, spent my birthday with a lemur on my head (if that is not magic!), enjoyed the local rum, collected hundreds of smiles and memories. Madagascar is no doubt an experience like no other. It is a place of colour and warmth, and above all, an eye-opening destination. I have never been thanked so much for choosing this country over a starred beach resort.

But it is I, the Vazah (white tourist) who am grateful to have witnessed and have been a part of a small fraction of Malagasy life. It is not every day that I get the privilege to wake up in a remote place of the Earth where everything is so different that you’d better forget where you come from and just observe this new universe that develops its wonders in front of you.

Madagascar, you have swept me away with your variety. A much rewarding surprise and nothing short of a treat for the eyes and soul. Merci. Milles fois merci.

We live in a strange world. Old traditions and beliefs are hard to kill. Rhinos and wildlife, on the contrary, are easy to do in. One by one by one, a rhino is poached every 7 hours in South Africa, keeping alive the wrong assumption that the keratin in their horns has miraculous healing properties to fuel the  Vietnamese and Chinese markets , or again profiting terrorism.

Well, there is no such thing as a miracle when it comes to the fate of the rhino, unfortunately. Alone, facing its main and only predator – the man with guns, axes and hatchets – rhinos will disappear off the face of the Earth. Now, take a moment to imagine what that would be like.

You don’t have to be an animal lover to understand that we’re facing a crisis here and that if the rhino goes extinct as a species, this will have a domino effect on the entire African ecosystem. This Planet needs all its species, Mother Nature has an unbeatable logic where everything falls in place and makes sense. Break the balance and we’re all in trouble.

Rhinos ensure plant diversity so that many other animals can survive. They act as “keystone species” in a very complex and meaningful environment. Let rhinos die and you’ll have to witness a totally different South African landscape – a very empty one.

So let’s bring a little contribution to save what is left of the rhino population! The campaign #JustOneRhino has been set up to help translocate rhinos from South Africa where they’re being hunted more than ever (a 50% increase has been registered since 2012) to a safe haven in Botswana. Taking #JustOneRhino there costs $45,000. We need your help to make this happen. There’s a big team behind this project, including Green Travel Media,  Travelers Building Change, Rhinos Without Borders, sponsors and over 120 bloggers from everywhere. We really care about them and hope you care, too!

Here’s another reason why you should donate: when you do, you become eligible to win some extraordinary prizes. This is what you could win, if you donate as little as $20 to support #JustOneRhino. 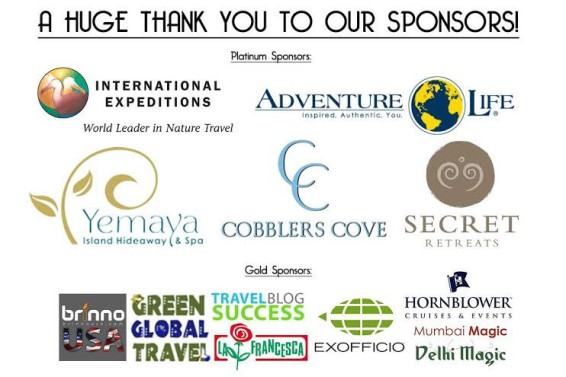 For having seen these wonderful, impressive animals in the wild, I refuse to passively accept the fact that I might only see them in pictures one day. So I’m making my donation and try to spread the word…it’s the only power I have in my hands right now. But I’m sure there are many of you out there who can do more. Well, the time is now: this fundraiser closes on 1st March. Donate on the Travelers Building Change website.

Rhino in the sun

I am one of the 120 something bloggers from all over the world who campaign for #JustOneRhino – a fundraiser supported by Green Travel Media and Travelers Building Change. #JustOneRhino, the project we have at heart right now, aims to help Rhinos Without Borders raise money to translocate 100 rhinos from South Africa – where a rhino is killed every 7 minutes (a reality that gives me chills down my spine) – to Botswana, Africa’s safest place for this endangered species so far. The project is steered by wildlife conservationists Beverly and Dereck Joubert – National Geographic Explorers in Residence and founders of Great Plain Foundations – people who are thoroughly dedicated to saving rhinos from extinction.

Try as we might, it is hard and often beyond our possibilities as individuals to stop the poaching, change mentalities, make people understand once and for all that rhino horns DO NOT have aphrodisiac or healing properties, or efficiently fight against illegal ivory trade. We’re also critically running out of time. Rhinos are disappearing fast: reports show that we’ve already lost 107 since the beginning of the year. We can’t change these numbers anymore. What we can do, however, is move these animals to a place where they can be protected and live.

For this to happen, we need money – “shipping” #JustOneRhino to Botswana costs $45,000. It is pricey and difficult, but it is essential if we want to secure a future for these majestic creatures which are priceless to the African landscape and the savannah ecosystem.

Rhinos have been around for 40,000 years and they need to stay with us. We must give them a chance! Help us to keep them alive, as many as we can. Donate here and contribute to this major importance project that is rhino translocation. In exchange for your contribution, you have the chance to win some extraordinary prizes (see below) – #JustOneRhino is supported by some amazing sponsors, and we are very grateful for their generosity.

These are some of the prizes at stake (but there are more). All you have to do is  donate on the Travelers Building Change website. You will receive “tickets” – a $20 donation gives you the right to 10 entries, $30 to 20 entries, $50 to 30, etc. and you get to choose the top 3 prizes you would like to win. The fundraiser closes on 1st March, so hurry up! The prizes will be drawn randomly; the winners will be announced on 3rd March, World Wildlife Day.

Will you help us, too, to lift up our rhino and take it somewhere safe? Become a #JustOneRhino contributor – every rhino counts!

Last but not least, no one can give you better insight into why your help is needed than the founders of the project themselves. Have a look and spread the word!

*The quote in the title belongs to Dereck Joubert