“You have to go to India. Once.” The man next to me, a travel companion, laughs devilishly as he says this to me, as if he is sending me straight to hell. When I announced that I was going to travel to India, another far-away friend typed back: “India? What’s happening? Sick of order, silence and drinkable water?”. Clearly, I was heading the right way.

Delhi. Welcome to India. The taxi driver whose services I requested weeks before I landed is not there yet. He eventually shows up. I quickly understand that you cannot be in a hurry if you’ve just landed in India. It doesn’t help your nervous system. If you feel an extreme urge to be impatient while you’re still at the airport, take a flight to somewhere else. If you decide to stay, no worries, India will cure you from that.

There he is. We don’t drive straight away though. First, he takes me further into the parking where we stop in front of a very shabby version of a car in which a human is covered in blankets, sleeping. His girlfriend. It’s 4 a.m. I look at her as she wakes up and greets me in and hope she has the legal age to drive. She certainly doesn’t look like it. The hotel they drop me off is on a street that looks as if it suffered a bomb attack few hours earlier. Nothing looks like it will be standing for a very long time. Least of all the hotel I step into.

But hey, Delhi has a subway system, as I was to discover the following morning with fresh eyes and a new level of energy  propelled by a hearty curry breakfast. However, if you are a woman, don’t hurry to jump in the same coach as the men. There is a special waiting area reserved just for you, ladies. You can’t really miss it: it’s pink and nicely decorated with flowers. It clearly spells “Women”, too. The subway – now here’s evident signs of development (or of Britishness). And oh, there is a 200 rupees fine if you spit, irrespective of your gender. 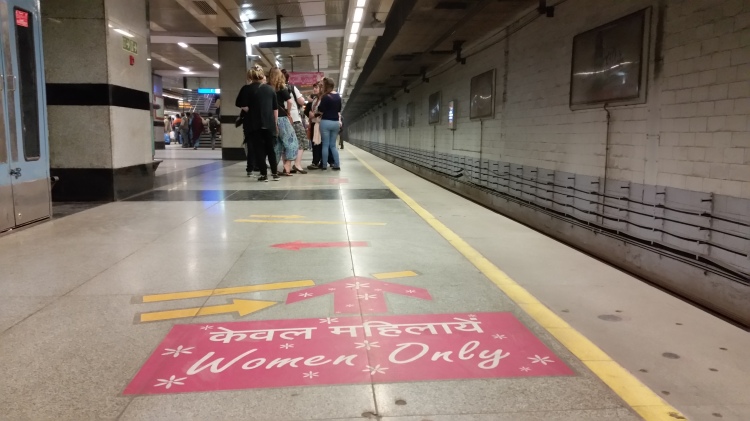 Getting to a subway station is a challenge though: there’s a big wave of creatures in the streets moving on various means of transport that will swallow you whole. Once the headache caused by such failed traffic flow to the first-time visitor comes to an end, it’s actually a magic place to be. Just try to pretend you’re in a roller coaster in an attraction park and you’ll make your life easier. The less thinking involved, the more enjoyable the ride. Don’t hesitate to strike a random conversation with your Indian tuk tuk neighbours (we all become neighbours whenever we get stuck in a roundabout, which is often). They are friendly people and will often want to know from which cast you are and whether you are eligible for marriage.

Also, don’t freeze if that big truck is heading towards your tuk tuk as if it has every intention to smash it. Your driver will probably manage to avoid the collision in extremis. So relax and sit back. Well, just sit back to begin with. It’s a long road home and there are plenty of opportunities for you to have a heart attack in case you missed your first one.

Oh, you decided you wanted to cross the street? Best of luck! In this case you’d have to do the “I surrender” gesture. Simply put your hands up as if you’re giving up on… life, for instance, or stretch them out to give the traffic people a hint that you’re about to commit suicide – you never know they might decide to spare you. Don’t close your eyes though as you attempt the crossing. It may be worth seeing what comes your way. Just in case you have the time to avoid it.

Now that you have made it safely to the other side (of the road), you’ll have to deal with the kids who’ve been chasing you for the past half an hour to take “one photo” with you. Don’t fall for it, it’s a trap. 300 pictures later, you’d be wishing you’d said no from the first time. But they are sweet and it’s so tempting to take those cool pictures with the natives. Read my lips: no. It’s a word that comes in handy in India.

Have you ever felt fire burning down your throat? If yes, you must have had Indian food. The stuff is delicious, mind you, to the point to which no other food will ever be as tasty as you knew it. That is partly due to the fact that your taste buds would have gone numb after your first days in India. Some restaurants are merciful towards (white) tourists and serve a medium-spiced version. Just make sure you look like one. 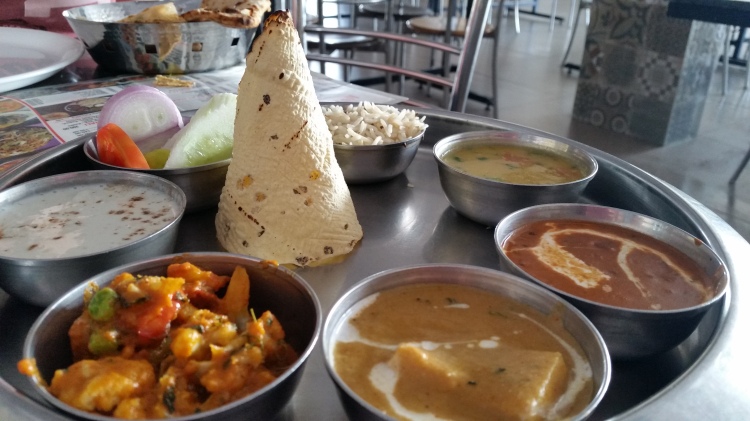 Sometimes – keep this one in mind when you go to India. “Sometimes” the train comes on time.” “Sometimes the ATM gives you back your card and possibly also the money.” This gives a heads up to the fact that most of the times things will not work. Not as planned, at least. But this is the beauty of India: it makes you escape the monotony of that reality where most things actually work as expected.

Yes, there are about a gazillion things that are wrong with India. It’s the ideal setting to play the “spot the mistake” game. Garbage bins or garbage collection trucks are nowhere to be seen. There’s a bull standing unbothered in the middle of the platform of the rail station and everyone acts like it’s normal apart from us, foreigners, who keep snapping pictures. There are more beggars and disabled people swarming around you than you would like to see in a lifetime and it’s hard to ignore that little hand asking for money. There’s no denying the fact that India is a very messed up place. Probably the craziest there is. But as a tourist, you still get the opportunity to see past its struggles and discover its beauties (for a small fee). Take advantage of that. Even if in reality you pay ten times more than the locals to go past the queue to do so. 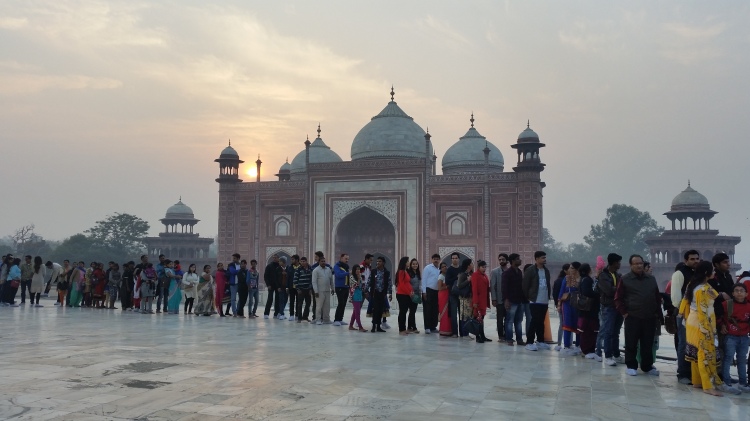 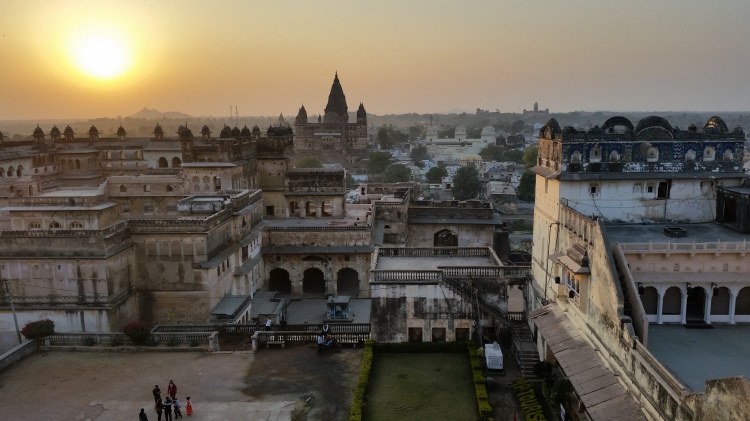 For me, the fraction of Northern India that I was lucky to have access to was a thrilling experience. From the crazy tuk tuk rides in Jaipur (the Pink City) or Delhi to “sleeping” on a night train, the evening rituals on the Ganges river in Varanasi, the strangely captivating moment of opening your eyes to the Taj Mahal for the very first time, the surreal mix of dogs, goats, cows and monkeys, all in one corner of a street, the rich cultural heritage and Mughal stories, the stunning architecture, the explosion of scents and colours, the medieval town Orchha and the charming and surprisingly quiet Alipura village , and last but not least, the erotic monuments in Khajuraho, it’s been a long and exciting journey.

This bit of Northern India seduced me beyond words. It pulses with the kind of energy that can only be lived to be understood and appreciated. Land of contrasts by definition, there are many ways to see and look at this strange place because it has so much to offer. And if you manage to see past its countless flaws, you may well fall in love with its peculiarity…So no, this is not a once-in-a-lifetime destination, as I originally thought, but one to go back to over and over again. And one to long for in the meantime. 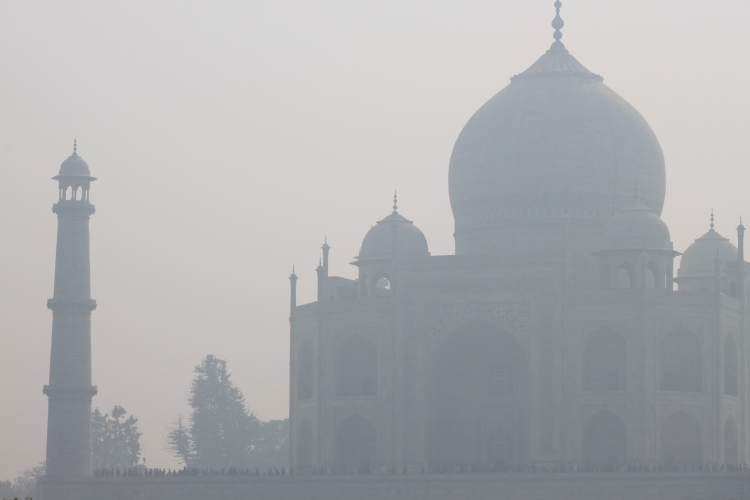 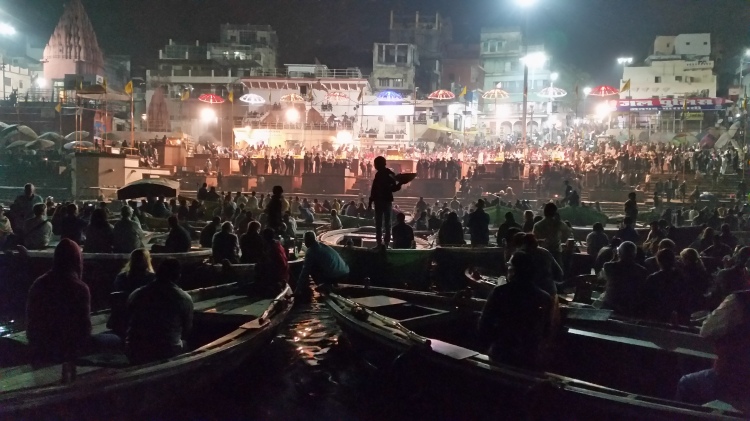 2 thoughts on “India is not for sissies”